← Another one
Nonsense collector →

Most people have heard about 1984 or Nineteen eighty-four: Orwell’s dystopian world ruled by Big Brother and constant surveillance.

What most people  don’t know is that Huxley wrote about a dystopian world ruled by pleasure – a predecessor to Orwell’s novel.

Synopsis: Far in the future, the World Controllers have created the ideal society. Through clever use of genetic engineering, brainwashing and recreational sex and drugs, all its members are happy consumers. Bernard Marx seems alone harbouring an ill-defined longing to break free. A visit to one of the few remaining Savage Reservations where the old, imperfect life continues may be the cure for his distress…

In Huxley’s Brave New World, there is no family. No mother, no father because everyone belongs to everyone.

In the world of books or philosophy perhaps there is the constant argument of which world would win? Which future world has become our reality? My money is on Huxley.

We live in a world ruled by consumerism of wanting more of; a world of comfort, pleasure, constantly staring at screens.

I read a book a while back Amusing ourselves to death by Neil Postman. That’s when I first learned of Huxley’s alternative future. What it basically comes down to is this: In Orwell’s 1984, people are controlled through pain. Contrary to that is Huxley’s future: people are controlled by pleasure and distractions.

There are several references to Shakespeare in Huxley’s novel. The title is inspired by what Miranda says in The Tempest: “O brave new world, that has such people in’t!” The Savage often quotes this in the novel.

What I absolutely loved about this book: is the nonsensical word “zippicamiknicks” (women’s underwear) I can add to my nonsense collection. 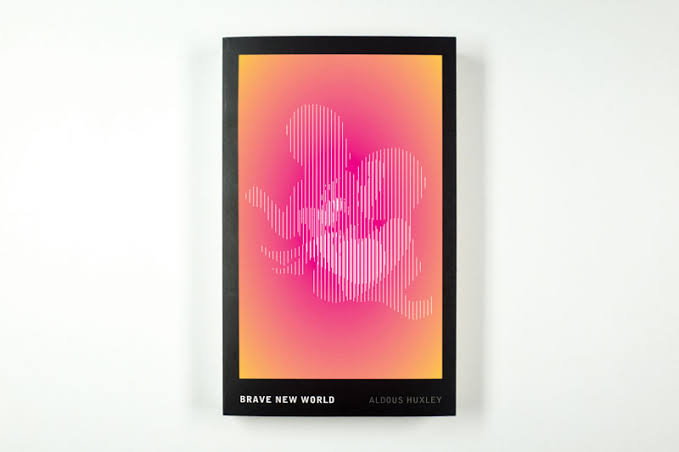 ← Another one
Nonsense collector →